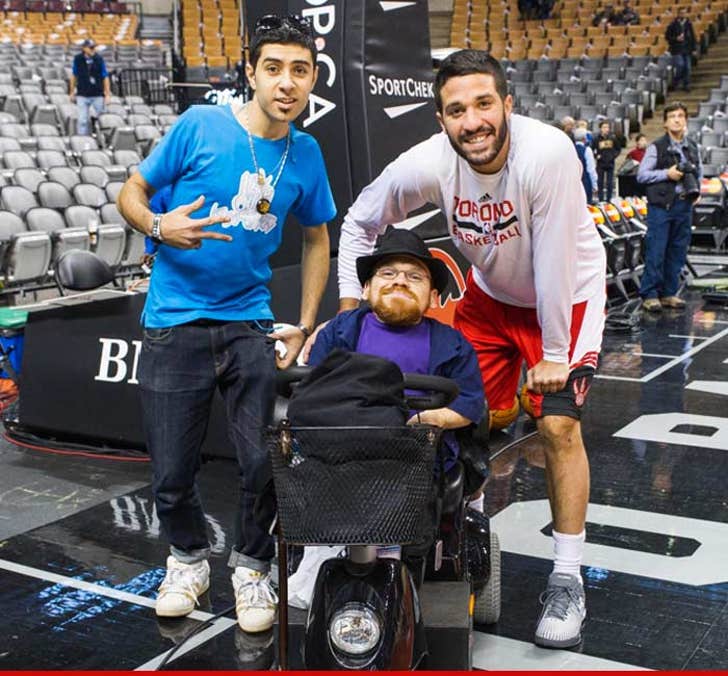 The star of a viral video that featured a disabled man being mocked on the street by dozens of people was contacted by an NBA star over the weekend and given the VIP treatment ... TMZ Sports has learned.

In his video (by Key Fork TV), Arruda shows how he's taunted, mocked and stared at on a regular basis because of his physical appearance ... and his story is starting to blow up in the Canadian media.

Enter Vasquez ... who was so moved by the story, he reached out to Arruda's camp over the weekend and invited him to the Raptors game on Saturday night.

Not only did he hook Arruda up with courtside tickets, he got him pregame and postgame passes and took photos with him on the court.

We spoke to Vasquez's rep, who tells us the NBA star simply "wanted to put a smile on Arruda's face."