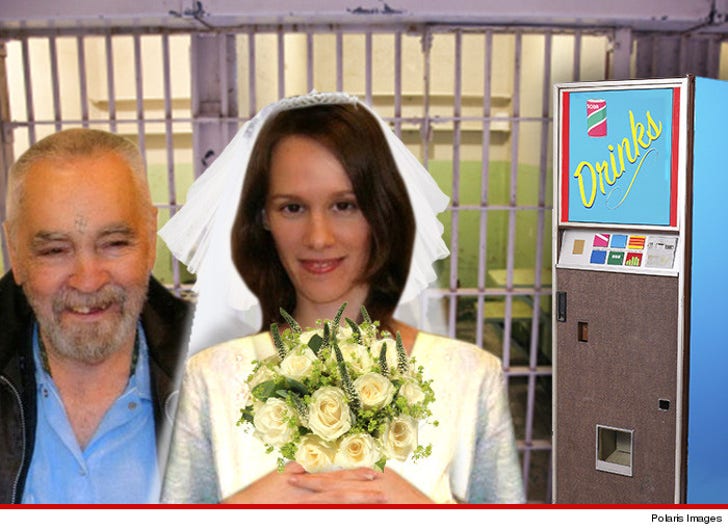 Charles Manson will be allowed to make out with his bride, but he will never get to second base ... according to prison honchos.

Officials from the California Dept. of Corrections tell TMZ ... Manson's upcoming prison wedding next month at Corcoran State Prison will be G-rated and Spartan. There's no time limit on the first kiss but prison officials will cut it off before it becomes foreplay.

We're told Manson will not be restrained during the ceremony but he won't be allowed physical contact with 26-year-old Afton Elaine Burton other than locking lips and holding hands during the ceremony. FYI ... the officials wouldn't say if tongue was fair game.

The murderer can't wear a tux -- he'll get hitched in Corcoran couture, but the bride can wear what she wants.

As we reported, the bride and groom can invite up to 10 guests who are not inmates, but they won't be feasting on salmon. The meal will be catered by the company that provides Cup-O-Noodles with the push of a button. The good news ... there are pastries in the vending machines.

And, as we told you, Manson will not get conjugal visits.

This is the wedding where if the groom breaks a glass, he'll go into solitary. 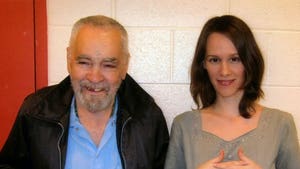 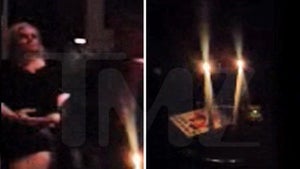 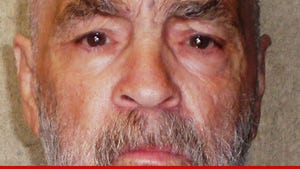