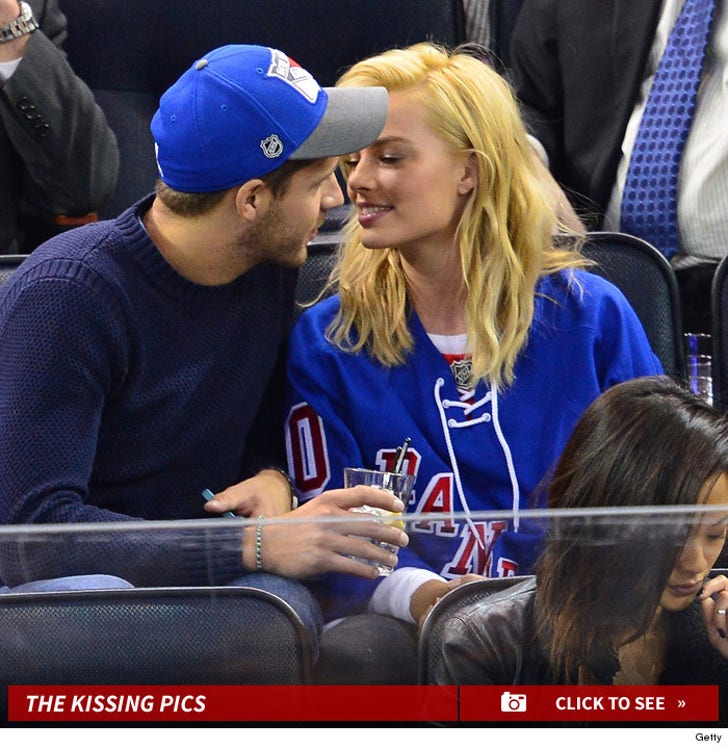 So, the hot chick from "The Wolf of Wall Street" has a boyfriend ... and she proved it by getting all touchy-feely with the guy at the Rangers game Wednesday night.

But at the game last night, the 24-year-old was all snuggled up with Tom Ackerly -- an aspiring assistant director -- as the Rangers beat the Philadelphia Flyers 2-0.

The pair have reportedly been dating since June.

Danny DeVito and Michael J. Fox were also spotted in the stands. Check out the pics in the gallery.