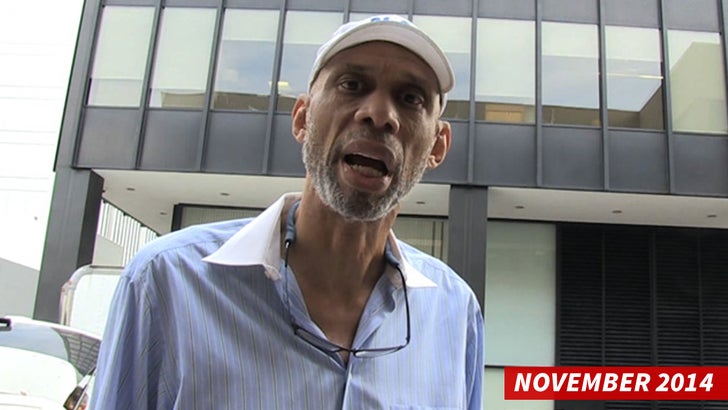 Kareem Abdul-Jabbar has been REUNITED with his treasured Bruce Lee poster -- and his college letterman sweater, rocking chair, NBA jerseys and more ... and TMZ Sports has the footage.

The NBA legend hired a moving truck Thursday and hit up Julien's Auction House in Beverly Hills -- where his most treasured belongings were being held during a hotly contested legal war over the items.

Long story short ... a judge just granted Kareem the right to go pick up his stuff from the shop, so he went ... and you can see in the video, he was THRILLED to get his stuff back.

"It's very special to me," Kareem says ... "It's something I've worked for my whole life, and it was really sad that I had to go through all of this."

As for Julien's ... a rep for the auction house tell us the war is not over -- they are now seeking monetary damages from Kareem.

"We simply want Kareem and his company to do the right thing and make us whole for the damages they caused. Pay us the money we are owed."