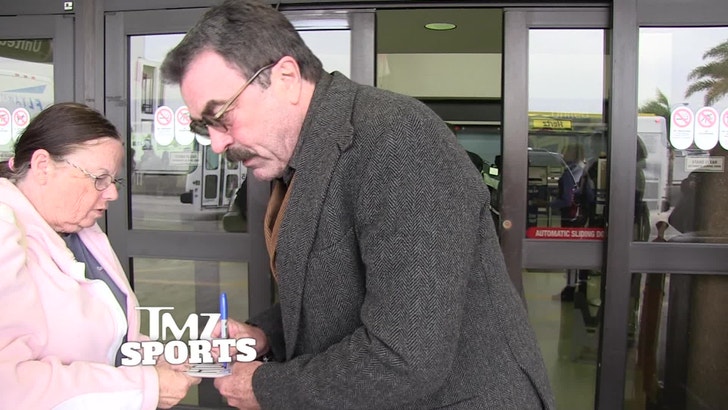 Tom was at LAX when our camera guy asked the former USC basketball player who would win if he took on Shaq Daddy in a battle from the charity stripe.

Check out the vid -- when he realizes we're just talking about a free throw shooting competition, Tom TOTALLY calls out O'Neal, not only saying he'd win ... but telling us to tell Shaq he's calling him out.

For the record -- Tom scored only 4 total points for USC, but Shaq missed over 5,000 free throws during his NBA career, so I guess we're saying ...