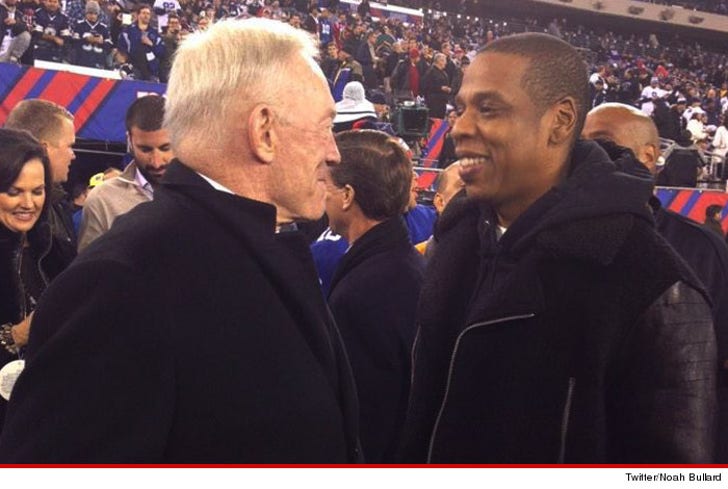 Roc Boys were in the building last night ... when Jay Z hit up MetLife Stadium to watch his newest client, Dez Bryant, tear up the NY Giants ... and even made time to shmooze with Jerry Jones.

Of course, Jay's Roc Nation Sports just signed #88 ... and Dez couldn't be happier about it -- throwing up the Roc Nation sign after both of his touchdowns last night.

Dez is reportedly gunning for one of the biggest contracts in NFL history ... something over the $100 million mark ... and after last night's performance, ya gotta think Jay's more confident than ever that he'll get it. 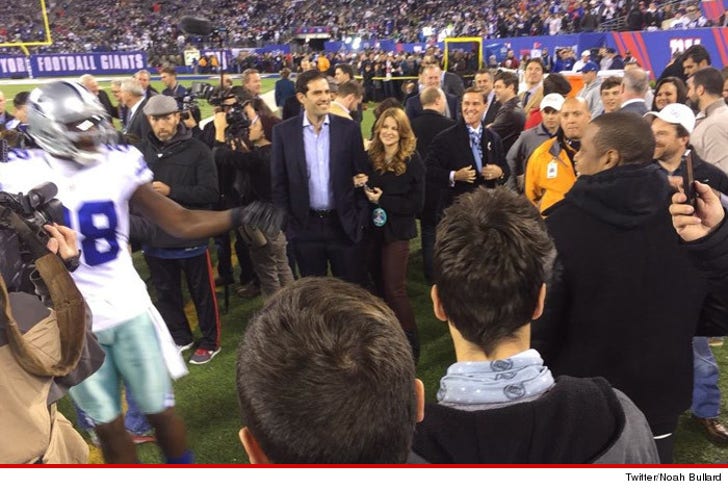