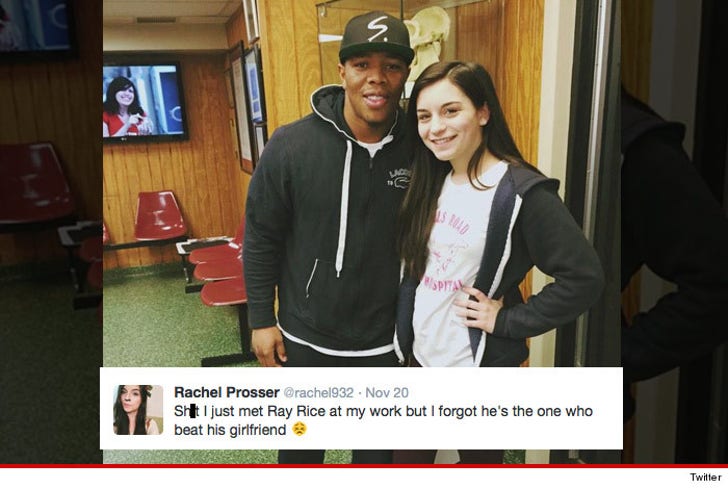 8:32 AM PT -- We spoke with Rachel who tells us ... "Ray was a really nice guy. It was a positive interaction, even though his dog was sick."

She adds, "He took pictures with anyone who asked."

"What I wrote was a silly little lapse in judgment."

So, Ray Rice took his sick dog to the vet this weekend ... and it ended up biting him in the ass.

The former Baltimore Ravens running back posed for a photo with a woman who seemed to be a fan at a Maryland veterinary center last week. But after the woman snapped the shot, she went to Twitter and posted the pic along with the caption ...

"Sh*t I just met Ray Rice at my work but I forgot he's the one who beat his girlfriend."