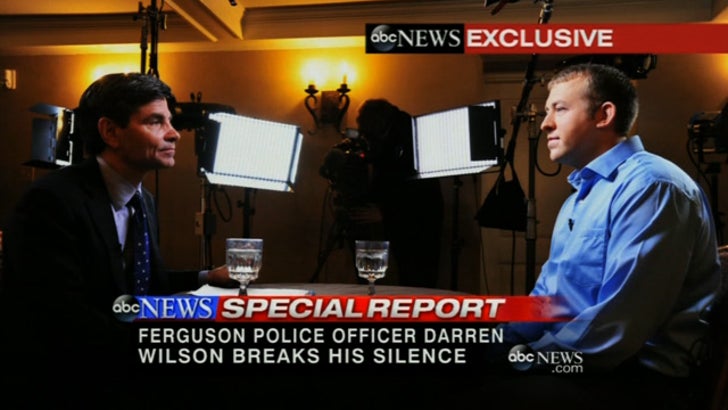 Officer Darren Wilson says the Missouri Grand Jury did the right thing, he has a clear conscience over the death of Michael Brown, and he'd do it again.

Wilson sat down with ABC's George Stephanopoulos Tuesday and gave his version of events -- that Brown reached into Wilson's patrol car and attempted to grab his gun, and Brown then charged Wilson which is when he began shooting.

Wilson says he would have done the same thing if Brown was white ... that race had nothing to do with it.