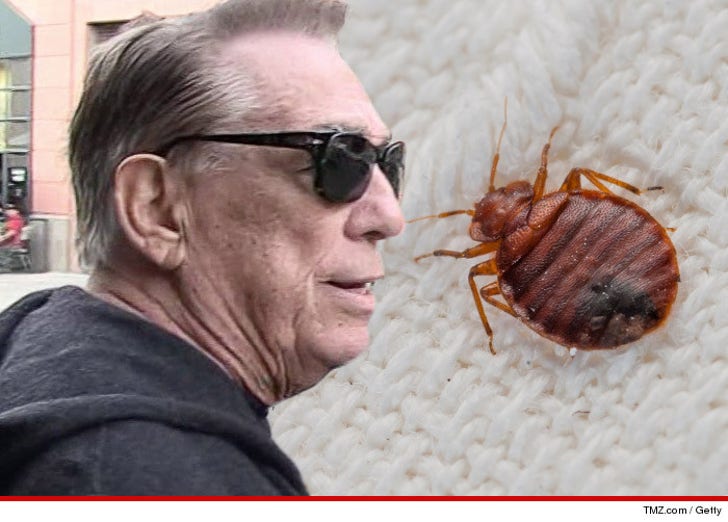 An angry black man is suing Donald Sterling ... claiming he tried to sleep tight in one of Donald's L.A. apartment buildings ... only to have the bedbugs bite!

According to the lawsuit, obtained by TMZ Sports, Darryl Williams says he was living in an apartment in Donald's Reno Country Club building a while back when the bedbugs took over.

Williams says he complained to management about the problem ... but Donald's company blew him off because he's black ... and we all know how Sterling feels about black people.

Darryl claims his family was not only forced to "suffer from the infestation" -- but they were eventually EVICTED from the property.

Now, Williams is suing for physical and emotional injuries. We reached out to Sterling for comment -- so far, no word back.