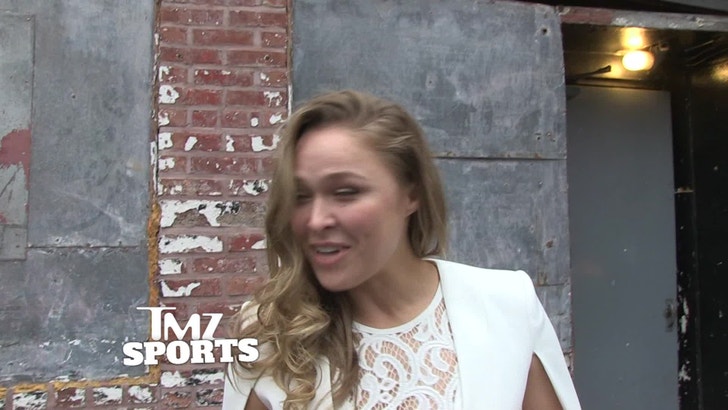 PAY ATTENTION FELLAS ... Super hot UFC superstar Ronda Rousey is about to give you some incredibly valuable information ... about what NOT to do if you ever wanna get with the champ.

Ronda was out at an event in NYC to celebrate the new UFC-Reebok partnership when TMZ Sports did men everywhere a favor ... asking Rousey what she looks for in a potential boy toy.

That's when Ronda revealed one of her biggest DEALBREAKERS.