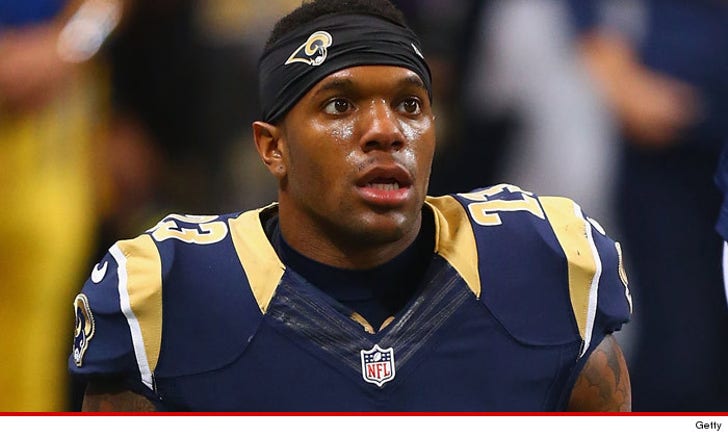 St. Louis Rams safety Rodney McLeod tell TMZ Sports the majority of the Rams had no idea 5 players were planning on doing the "Hands Up" tribute before Sunday's game ... but says he respects 'em for doing it.

"Nobody knew about it," McLeod says ... noting that it seemed like something the wide receivers worked out the plan amongst themselves in the moments before they ran out of the tunnel.

"It speaks to the character of those guys to stand up and do that in front of the country."

So how did the tribute go over in the locker room? "No tension at all," McLeod says ... "[the other players on the team] realized [the wide receivers] didn't mean any harm."

McLeod says the team has remained tight in the days following the incident -- "It's one of the strongest locker rooms I have ever been in. Our whole team is tight. Our locker room is even tighter."

The 24-year-old acknowledged that not everyone feels the same way about the Mike Brown case -- but says, "We all respect and support each other through it."