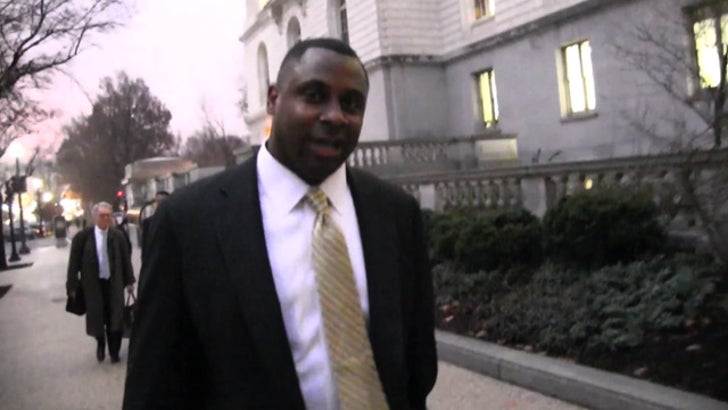 Long story short ... Peterson says he has an audio recording of a phone call in which Vincent (acting on behalf of the NFL) promised that the league would only discipline AP based on the old, weak pre-Ray Rice player conduct policy.

Instead, Peterson says he got much harsher discipline -- he was suspended without pay by the NFL until at least April 2015. Peterson's team says the ban is completely unfair and conflicts with what he was told by Vincent.

Peterson is appealing the ban -- and the proceedings began yesterday ... but Vincent was in Washington D.C. at a hearing on domestic violence in pro sports.

On his way out, TMZ Sports asked Vincent about the AP situation -- and he told us, "I just pray for Adrian. I'm just gonna keep praying for him."

Troy has been ordered to testify at the Peterson hearing tomorrow.