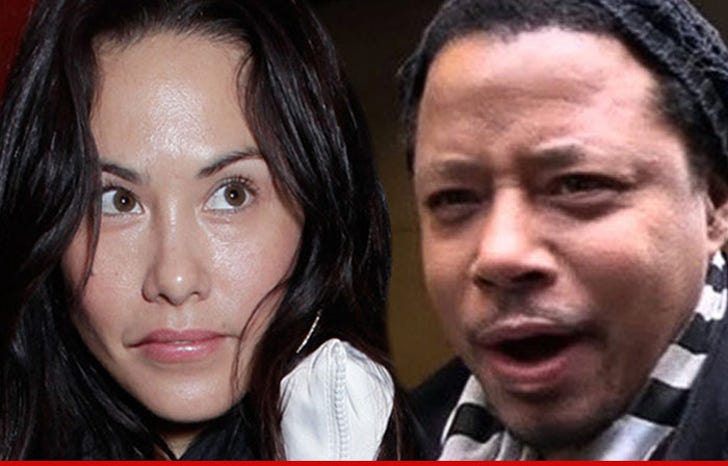 Terrence Howard just got busted making too much cash ... according to his ex, who says even though he's getting big paychecks for a new TV show -- he still refuses to pay up the $500k he owes.

Michelle Howard says she filed a subpoena to get Terrence's contract for his new series "Empire" -- and found out he's making $125k per filmed episode. Then she went to imdb.com and found out he's shot 3 so far ... did the math ... and figured he's got a cool $375,000 to put toward his tab with her.

In the docs, Michelle says Terrence owes the cash to her, her attorneys, and also for late fees since he continues to stiff her. As we previously reported ... Terrence filed docs back in July, claiming he was broke as a joke and couldn't make the payments.

"Empire" debuts next year on FOX -- and obviously, at least one person will be watching. Very closely. With a calculator.