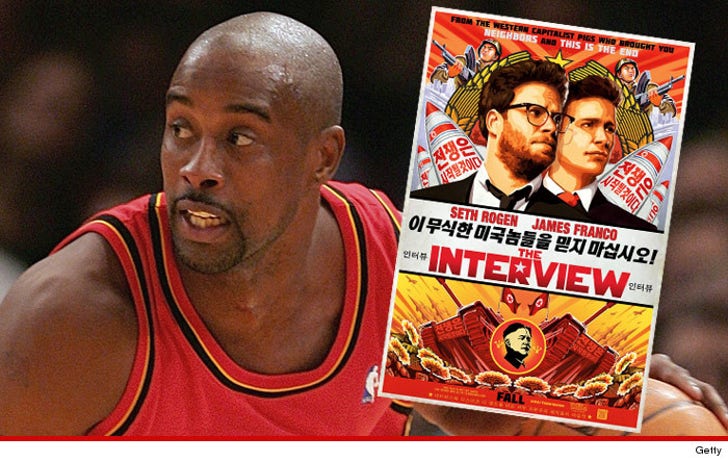 Former NBA All-Star Kenny Anderson says Sony Pictures absolutely did the right thing by pulling "The Interview" out of theaters ... and adds he can't figure out why they made it in the first place.

Kenny actually met Kim Jong-un when he went to North Korea in January as part of Dennis Rodman's goodwill team of ex-NBA players. He tells TMZ Sports ... "I was trippin' when I saw the movie preview. Why would they want to ruffle their feathers? They already hate America."

Kenny says Kim Jong-un actually treated him very well while he was there -- but admits he was ignorant to the atrocities committed by Kim's regime ... until he got back stateside.

He says he's confused about the plan to greenlight 'Interview' .. but adds, "I think they might've been trying to make Americans aware of some of the stuff that happens over there."

As for the financial hit Sony stands to take -- Kenny says the money's not as important as human lives. As he puts it, "Sometimes it's best to cut your losses."