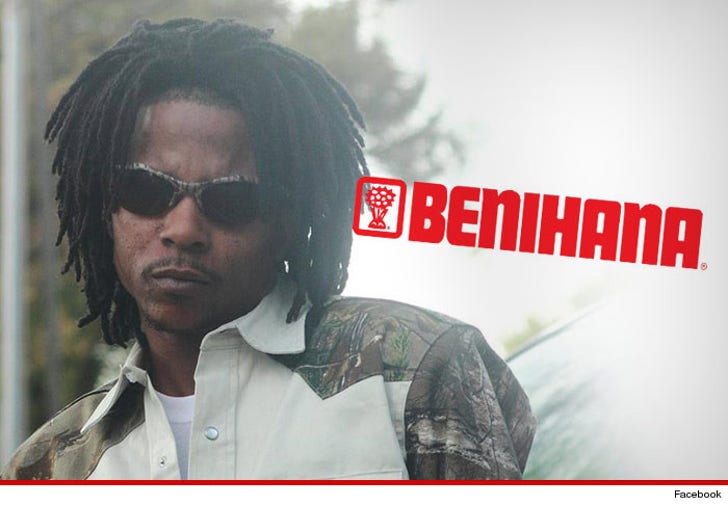 Benihana doesn't want anybody mistaking a guy who slings rhymes with a chef who slings rice balls -- so it's trying to force the rapper to drop his stage name.

Benny Hunna, neé Benny Hodges from Mississippi ... has been fighting to trademark his handle because he's got big plans besides music. He says he wants to build an entertainment empire called Benny Hunna TV. Real talk.

But according to court docs -- the O.G. Benihana wants the U.S. Patent & Trademark office to deny his application for fear Mr. Hunna will create confusion in the marketplace.

That's debatable, since Hunna currently has less than 300 Twitter followers. The matter could be settled in court early next year.

FUN FACT: Hunna is street for a hundred bucks -- so you know Benny's all about that paper.