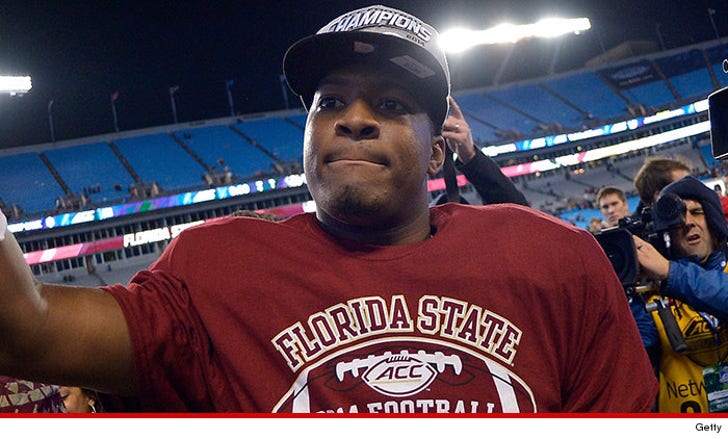 Jameis Winston is walking away clean from the alleged rape case -- already cleared criminally -- he's now been cleared of any wrongdoing as far as Florida State University is concerned.

Former Florida State Supreme Court Justice, Major Harding ... announced FSU's star QB did not violate the university's student code of conduct. Harding oversaw a hearing earlier this month where Winston came face-to-face with the woman who claims he sexually assaulted her in 2012.

Harding says there was insufficient evidence to prove Winston violated the campus' code. The FL State Attorney also cited a lack of evidence for not charging Winston following a criminal investigation.

The alleged victim has until Jan. 13 to appeal Harding's ruling. Winston and the Seminoles are playing Oregon in the Rose Bowl on New Year's Day.