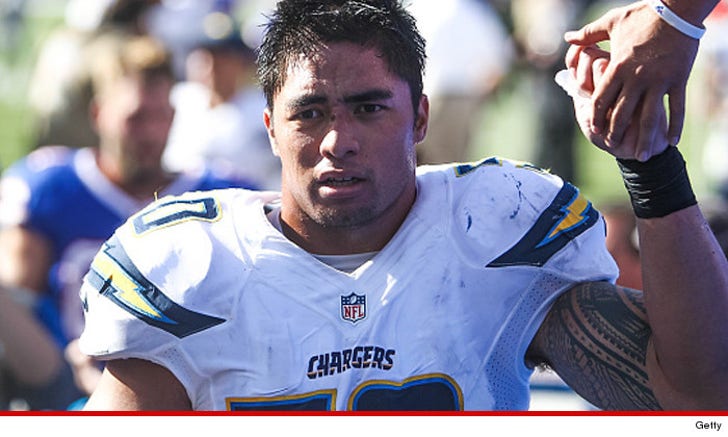 Manti Te'o says he's sick and tired of other NFL stars harassing him about that whole fake girlfriend scandal ... and says his tormentors need to MOVE ON!!!

The San Diego Chargers linebacker was talking with UTSanDiego.com and admitted he was harassed about the situation "a few times" last season -- but had hoped people would let it go.

But they didn't ... and this week, 49ers tackle Anthony Davis admitted he talked smack to Te'o about the GF hoax when they met on the field.

"Asked Manti Te'o about his imaginary girlfriend last night and he snapped. lol I thought that was hilarious," Davis tweeted.

So how did Te'o react?

Of course, while Te'o was at Notre Dame, he was catfished by a man -- pretending to be a girl -- but when Manti realized he was the victim of a hoax, he lied to the media in an effort to cover the whole thing up.

Eventually, the whole story came to light ... the catfisher was ID'd as Ronaiah Tuiasosopo -- who eventually fessed up to hoaxing Te'o.

Te'o's clearly trying to move past it -- but as long as he continues to react to the jokes, the harassment ain't gonna stop any time soon.