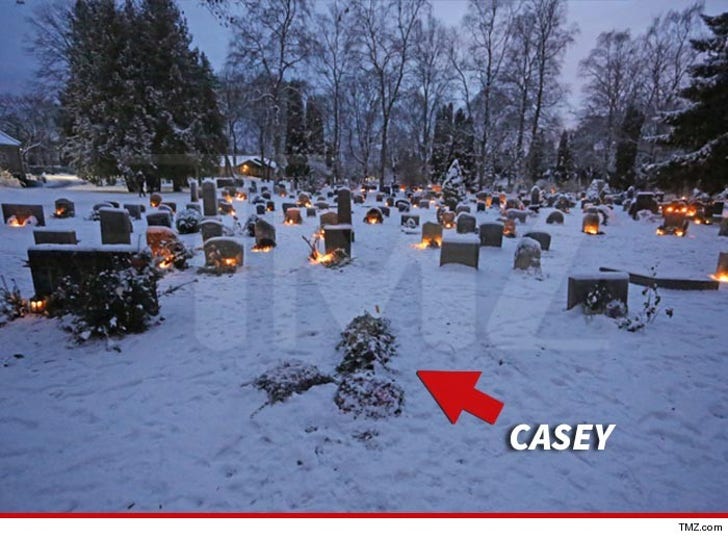 The nuclear family war surrounding Casey Kasem's death was punctuated by one of the saddest photos we've seen in a long time ... a lone, dark grave in a far away land.

As we reported, the famed DJ was finally buried last week in an Oslo, Norway cemetery ... 6 months after he died.

Casey's wife Jean and his kids have been feuding over everything, including an autopsy and burial. The kids believe Jean moved the body to Norway to let it sit so it would decompose and frustrate cops in their elder abuse investigation.

Casey's grave is buried in snow in the dark, surrounded by other graves with lit candles celebrating XMAS and memories. 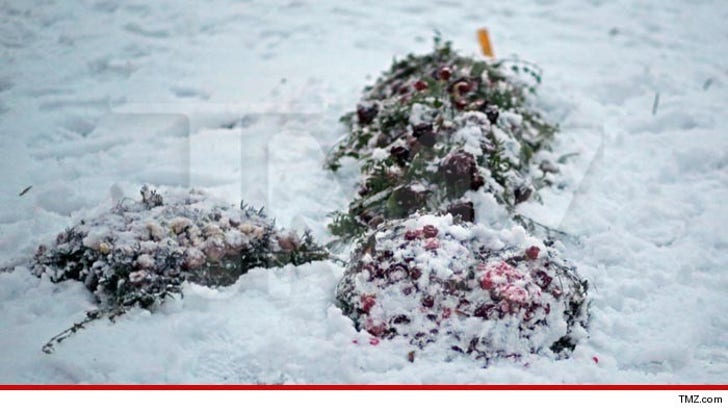