Justin Bieber just got CALLED OUT by former two-time boxing champ Fernando Vargas -- who says his teenage son Fernando Jr. would KICK THE CRAP out of the Biebs ... and wants his chance to do so.

The Vargas' were doing an interview with BBoxingnews.com when the elder Fernando was asked if he'd let Jr. -- an undefeated amateur-- spar Justin since he's been training with Floyd Mayweather.

"Bring him down, we'll meet him anywhere, I'd love to do a fight with Justin Bieber and my son."

The younger Vargas weighed in too, saying he's seen Justin training with Floyd on social media and says he definitely wants to test his pretty Canadian chin.

"He's alright, he's cool. If he's trying to do [Mayweather's famous shoulder roll technique], I don't see it happening for him."

Check out the video -- Both Fernandos seem incredibly serious about the prospect of fighting Bieber and based on what we see of Jr. working the mitts we have a suggestion.

Back away slowly Justin ... 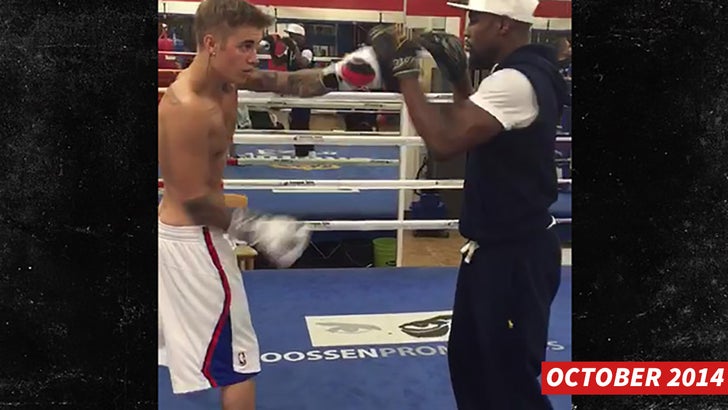 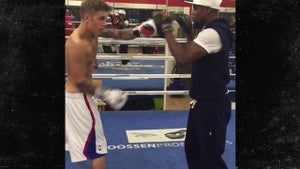 Justin Bieber -- BOXING WITH MAYWEATHER ... No Shirt (Of Course) 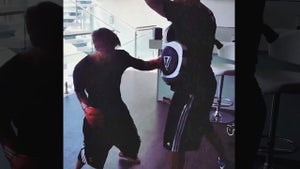 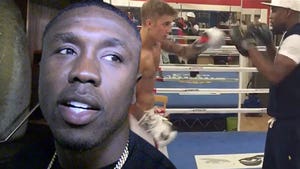