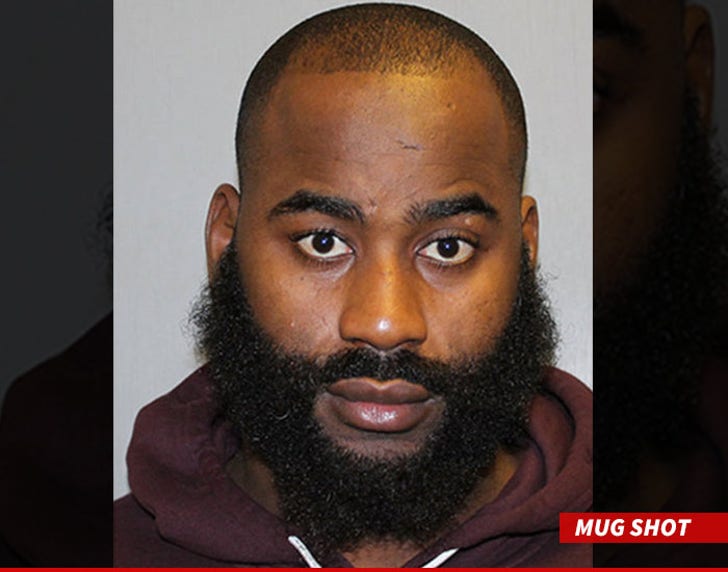 We're told ... police in Kenner, LA were called to the scene around 9AM -- and when officials arrived, they noticed a woman who appeared injured with scrapes and a ripped earlobe.

One source tells us it appeared as if the woman had an earring ripped out of her ear.

Our sources tell us ... the woman was transported to a nearby hospital to be treated.

26-year-old Galette was arrested at the home -- though officials have not revealed the specific charges for which he was arrested.

We reached out to Galette's rep -- so far, no word back.

12:25 PM PT -- According to police in Kenner, Galette was charged with simple battery involving domestic violence and his cousin was also booked on a misdemeanor simple battery charge after the incident.

At some point during the alleged altercation, the victim told police she armed herself with a knife for self-defense, if needed.

The alleged victim told police she used to live with Galette and she continues to do things like cook and clean for him. Galette described her as a dancer who was supposed to leave the night before, but ended up staying until the morning instead.