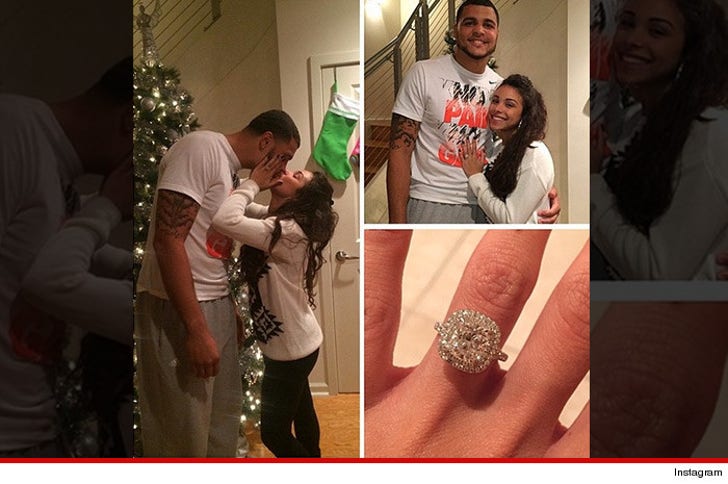 Sorry ladies, Tampa Bay Bucs wide receiver Mike Evans is officially off the market ... 'cause he just got engaged -- and proposed with a pretty solid diamond ring!

Evans -- who just finished up one helluva rookie season -- popped the question to Ashli Dotson in late December ... right around Xmas and Ashli's 21st birthday.

The two met back in 2013 while Mike was playing ball at Texas A&M ... and things got serious between the two in February 2014 ... when she announced the relationship on social media.

No word on when the two plan on tying the knot.

FYI -- We did some digging ... looks like the ring came in a blue box.

According to our jeweler sources, it's a Tiffany "Soleste" ring -- "a cushion modified brilliant diamond encircled by a double row of bead-set diamonds."