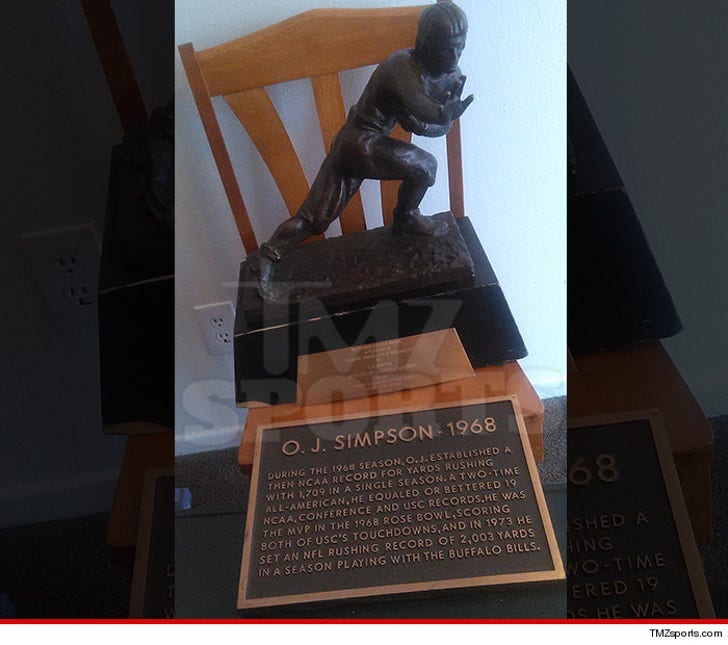 The man who became the custodian of O.J. Simpson's 1968 Heisman Trophy lugged it around the streets for years ... TMZ Sports has learned.

We've learned the person is in the crosshairs of the LAPD -- because he's the guy who called USC a while back inquiring about how much he could get for the trophy.

SC called the LAPD stat and forked over the guy's cell phone number -- and the LAPD went on the hunt.

We found the guy ... and he tells TMZ Sports he came into possession of the trophy in 1996, two years after it was stolen from Heritage Hall on the SC campus.

The man swears he's not the guy who broke the case and made off with the statue (we confirmed he was in jail at the time of the heist) but he did say he traded for it with a burgundy Honda Accord and $500 cash. And get this ... the guy he got it from had the Heisman buried in his backyard. Kind of a hint something was up.

After 17 years ... the man says he decided to return the Heisman -- for a reward. He took a photo of the trophy (seen above) to prove he's legit.

It may be a little more than coincidence that his change of heart happened right at the same time the LAPD got a search warrant that targeted him.

Bottom line -- cops nabbed the Heisman but they're still on the hunt for culprits.

No comment from O.J. ... 'cause we were still too scared to call. 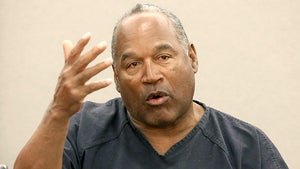