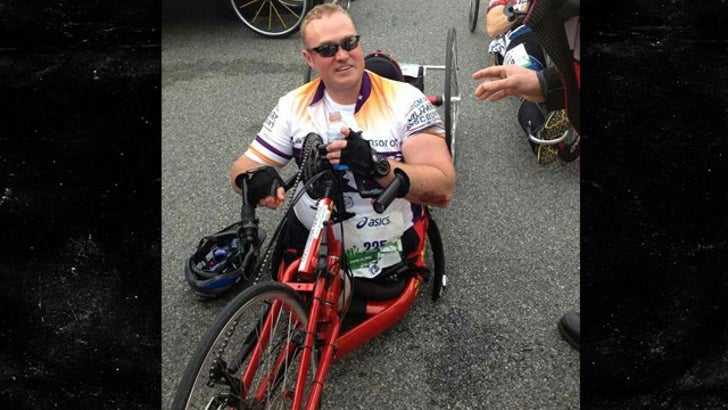 There will be an elite athlete in the building Tuesday during President Obama's State of the Union Address -- an army veteran who completed 4 MARATHONS after losing his legs in Afghanistan.

Staff Sergeant Jason Gibson was seriously injured when he stepped on an IED while on patrol in 2012 -- and after 21 surgeries decided he wanted to participate in sports again.

So he learned how to ride a handbike ... and a short time later got himself into good enough shape to complete a marathon.

That was only the beginning ... Gibson says he decided to pick up skiing and surfing as well ... telling TMZ Sports, "I love to go downhill fast. I love speed." 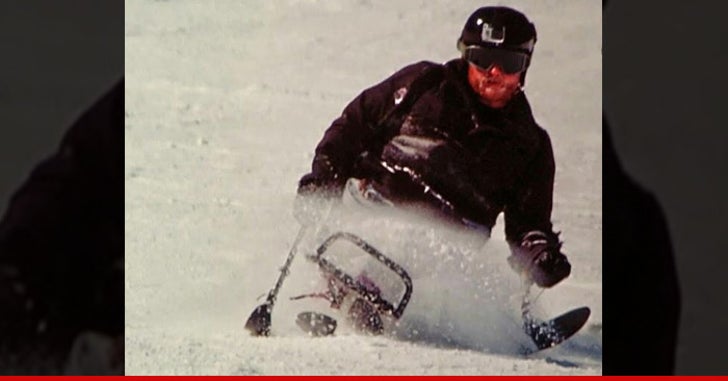 "I started all this after my injury. I tell people, 'I've done more things with no legs, then when I had them.'"

Gibson explained, "Instead of moping around the house, I'm out there being active ... doing something."

"My wife's happy I'm out of the house," he chuckled.

Gibson -- who's been recording a bunch of his activity on his GoPro cam -- says he's already scoping out a few marathons to ride in this year.

As for the State of the Union speech, Gibson says he's honored to have been invited and can't wait to hang with the 1st fam. 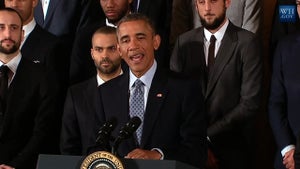 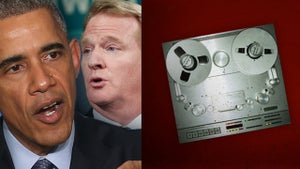 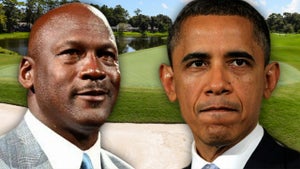