Dennis Rodman says he's constantly the target of vicious death threats ... all because of his trip to North Korea ... and it's clearly taking one hell of an emotional toll on the NBA legend.

The Worm nearly broke down during an interview scene in the new documentary "Dennis Rodman’s Big Bang In Pyongyang" ... in which he tries to explain why he was so passionate about going to N. Korea in the first place.

"I get death threats a lot," Rodman said ... "People ask, why are you doing this Dennis? I'm just trying to keep everything together."

Rodman also calls out Jay-Z and Beyonce -- claiming the couple is way more famous than he is, but aren't willing to risk what he risks in order to make the world a better place. 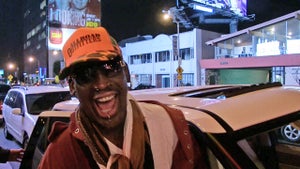 Dennis Rodman -- 'The Interview' Was Cool with Me 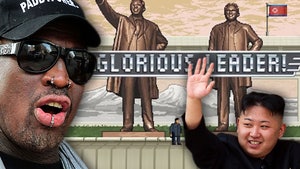 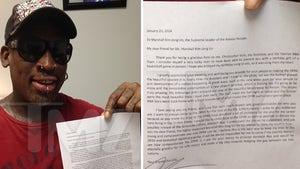