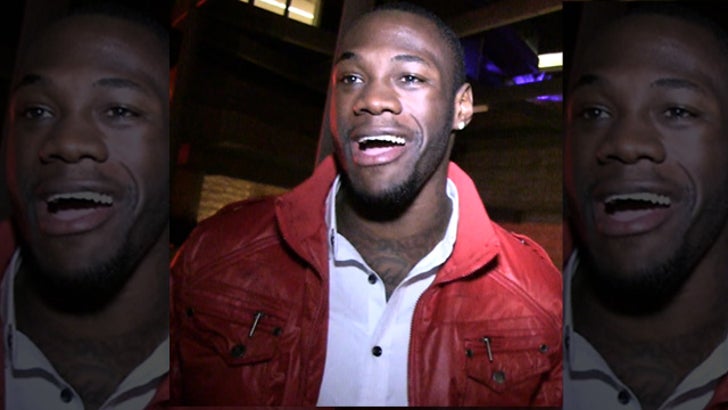 As we previously reported, RNS is making a serious run at the top boxers in the world -- and has already signed big names including Andre Ward and rising star Dusty Harrison-Hernandez.

But Wilder -- who demolished Bermane Stiverne during their championship fight two weeks ago -- says he wont be following suit ... telling TMZ Sports he's sticking with his Al Haymon, one of the biggest managers in the sport.

BONUS -- Wilder says he does a solid DMX impression ... and put his skills on display last night at the end of the clip.

Also, even if you're not a boxing fan, you may remember Wilder as the guy who KNOCKED OUT a heckler who famously harassed him at an L.A. gym last year. Good stuff ...