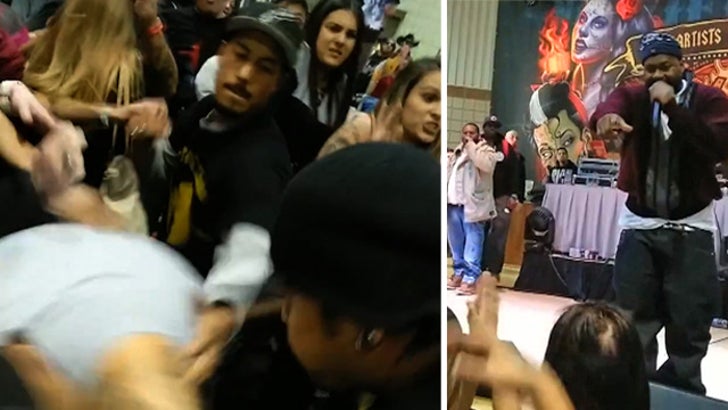 Ooh wee, a Ghostface Killah fan just got a painful lesson -- if you mess with the man with the mic in his hand, or the people who paid to come see him ... you might catch an ass-whupping.

A show organizer explains ... GK got into it with a fan who was flipping him off and cussing at him during the gig at a tattoo convention in Amarillo, TX last weekend. From the stage, Ghost threatened to pound the guy out, but the fans handled that for him.

After a few exchanges, the crowd jumped the guy and started unloading ... until security dragged him out, and Ghostface got back to business.