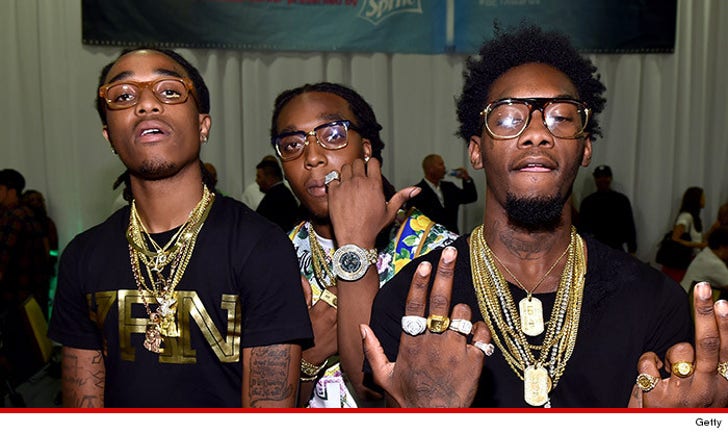 "Versace" rappers Migos got into an all-out battle royale at one of their shows ... where all 3 members of the group ended up going loco on their fans.

The melee started Sunday night at LimeLight nightclub in Nashville -- when according to sources ... one member of the group had a gold chain snatched from his neck while on stage, and immediately went after it in the crowd.

It's pretty wild fight video -- bodies pile up on the floor as the whole thing plays out.

Police were called, but LimeLight security was eventually able to contain things and no arrests were made.

Of course, this isn't the first time the Migos have been involved in an attack on tour ... having nearly escaped death following a drive-by shooting in Miami earlier this year. 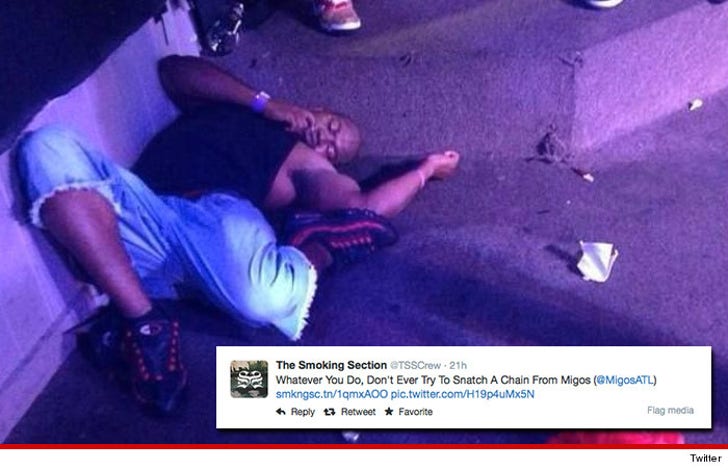 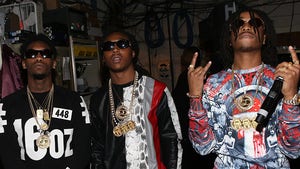