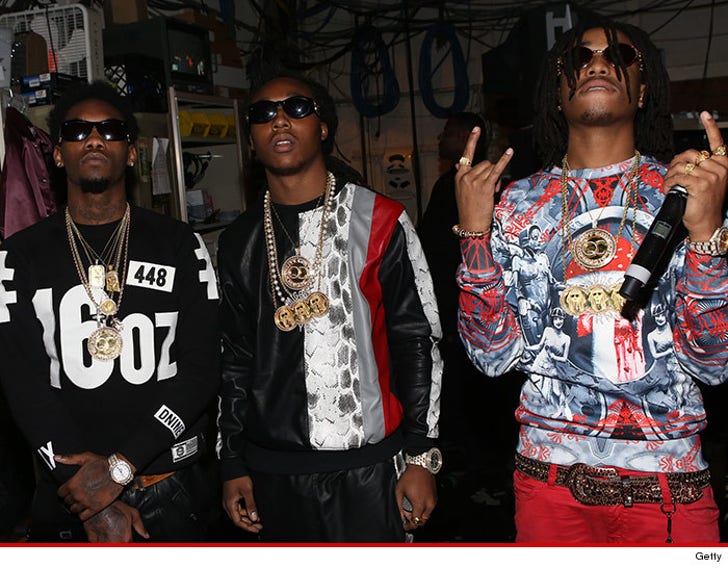 Someone who's clearly not a "Versace" fan opened fire on the rap group Migos ... and the whole situation exploded into a rolling shootout in Miami last night.

According to police ... the Migos crew was driving in a van on a highway -- after a club appearance -- when another vehicle pulled up alongside them and started shooting.

There are reports one of the group's bodyguards was shot in the leg and hospitalized, but Migos' manager tells us no one in their van was injured.

He also claims they returned fire at the other vehicle, telling us ... "There was at least 40 rounds being blasted on those n*****." 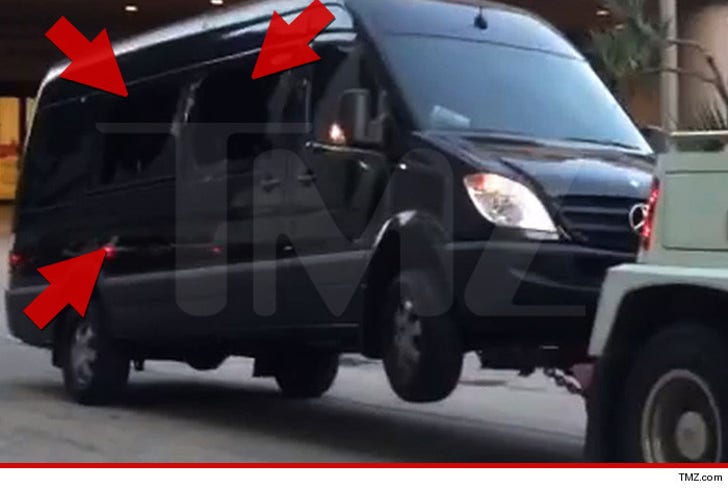 The manager says their driver drove to the nearest hospital ... thinking someone on board might have been shot -- though somehow they escaped unscathed.

Police confiscated the van from the hospital -- it was was riddled with bullet holes -- and it's being processed as part of the investigation.