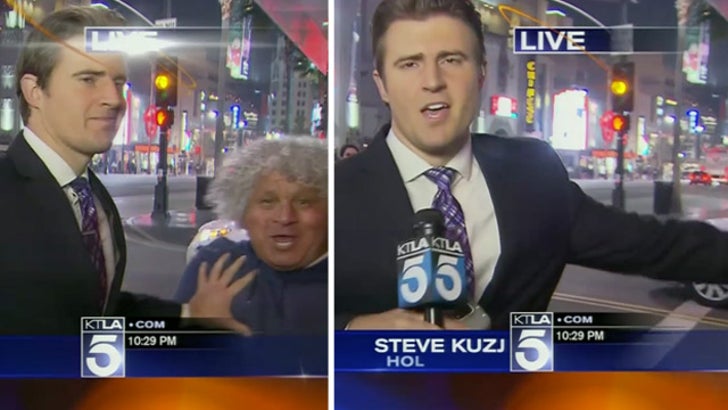 A Los Angeles reporter got real pushy with an intruder during his live shot Wednesday night ... but we're told the reporter was worried about a possible "p***y" assault.

KTLA reporter Steve Kuzj was on the streets of Hollywood talking about measles when an old dude rushed him.

Steve's response? He very aggressively shoved the guy out of the shot.

Sounds bully-ish ... BUT ... our KTLA sources say Steve was worried the guy was about to scream what has become a heckler's battle cry during live shots -- "F**k Her Right In the P***y."

Something Went Wrong
It's true -- it's become a thing for bystanders to hijack live shots with the new mantra. Remember, Jameis Winston got suspended for screaming it on the Florida State campus.

BTW -- Steve has a serious martial arts background and claims he has a 2nd degree black belt. 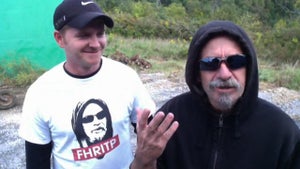 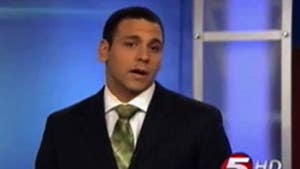