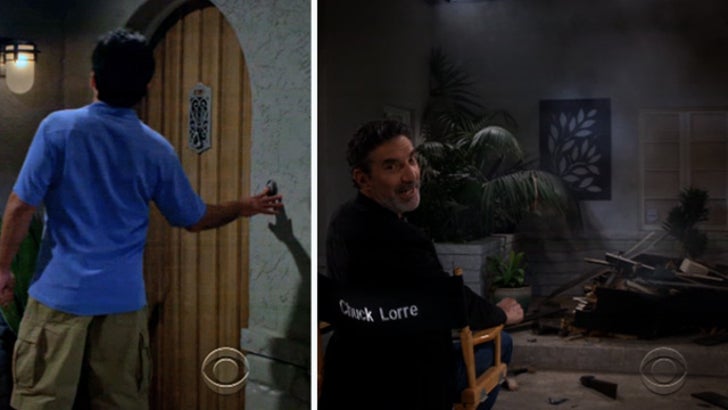 Chuck Lorre and the folks at "Two and a Half Men" used the finale to rip on Charlie Sheen all episode long … and then gruesomely kill him … all because Charlie wouldn't do as he was told.

Long story short, the show set up a scenario where Charlie's character wasn't really dead. In the final scene, a man who looks like Charlie (seen only from behind) shows up at the house ... but is killed by a falling piano, much to the delight of Lorre.

Lorre's infamous vanity card explained the show wanted Charlie to return for real in the finale, but Sheen refused. Lorre claims Sheen instead wanted a heartwarming scene to set the stage for a spin-off show with Jon Cryer.

Lorre was having NONE of that, but watch -- he still copped Sheen's catchphrase to close the show. 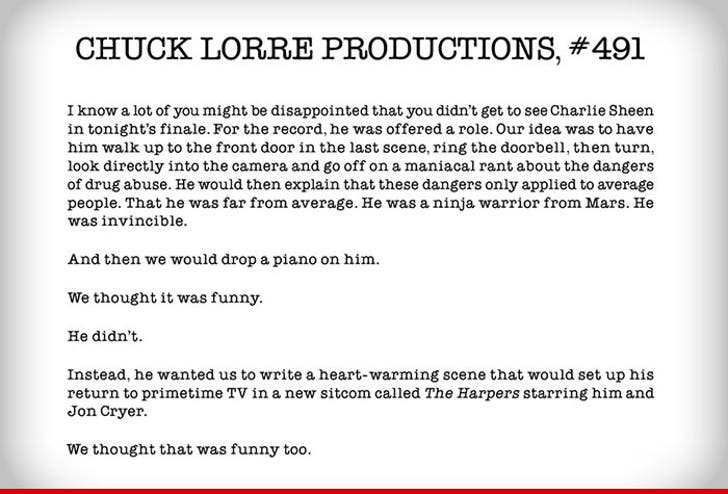 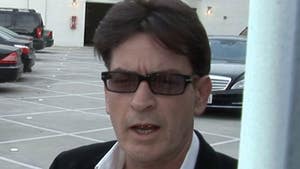 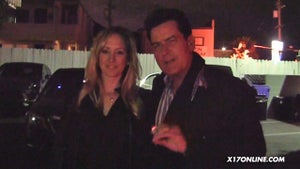