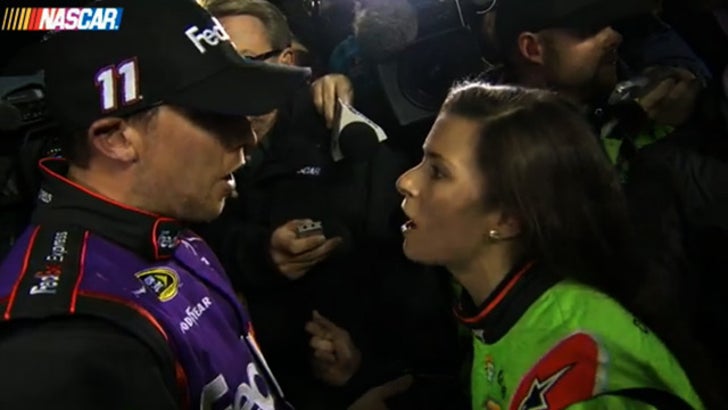 Danica Patrick showed quick hands in a post-crash confrontation with NASCAR driver Denny Hamlin Thursday night at Daytona ... getting up in his face after he allegedly spun her out.

Patrick was FIRED UP after losing control of her car ... and immediately got up in Hamlin's face to accuse him of tapping her left rear ... and causing her ride to spin out in the first place.

The clash was intense -- with Danica grabbing Denny by the chest ... and Denny trying to explain that it wasn't intentional.

At one point, Denny tried to explain that he's her friend -- and no one has her back like he does -- but Danica doesn't let him off the hook.

Question is ... if the roles were reversed and Denny grabbed Danica ... ya gotta think Denny would be in a world of trouble this morning.

There's clearly a double standard. Everybody okay with that? 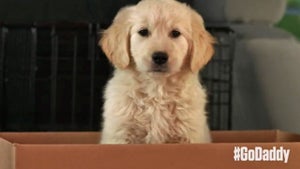