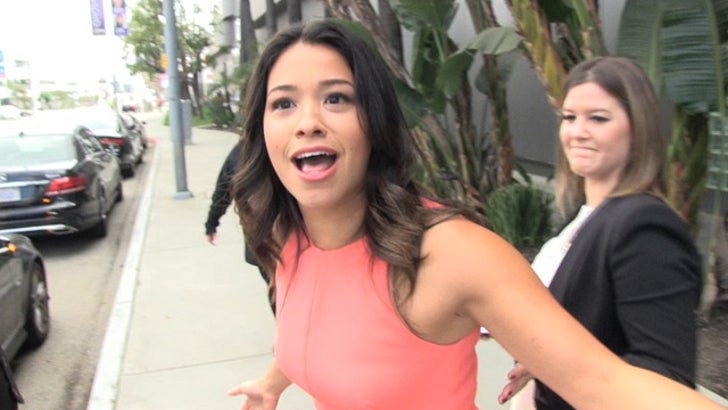 With cheap tickets going for around $4,000-a-pop, even the rich and famous are thinking twice about going to the Mayweather vs. Pacquiao fight ... including "Jane the Virgin" star Gina Rodriguez.

Besides the fact it's going to be the biggest "who's who" event of the year, Gina also happens to be a huge boxing fan ... and her father was a famous boxing referee (who worked the last Pacquiao fight).

But when we saw Gina out yesterday, she told us it's just too rich for her blood ... and with dad having retired, she doesn't even have the hookup anymore!!

FYI -- some experts believe ringside seats to the fight could go for anywhere from $50k to $100k on the secondary market.

... and that doesn't even include a hotel room -- which are already selling out like crazy!!!