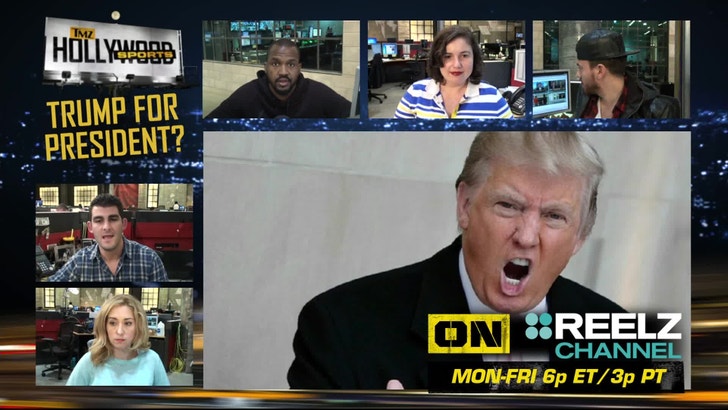 Donald Trump already has supporters for his 2016 White House run ... including Terrell Owens -- who tells us ... if Trump's hiring a staff, HE WANTS A JOB!

The "Celeb Apprentice" star appeared on "TMZ Hollywood Sports" on Reelz .. and told the gang he thinks his former boss definitely has presidential qualities ... but wants to hear more about his plans for the country.

"I think he's a great negotiator, this guy is very business savvy," T.O. said .. adding, "There's gonna be a lot of hot topics that he's gonna be prepared for and really can he deliver on his promises?"