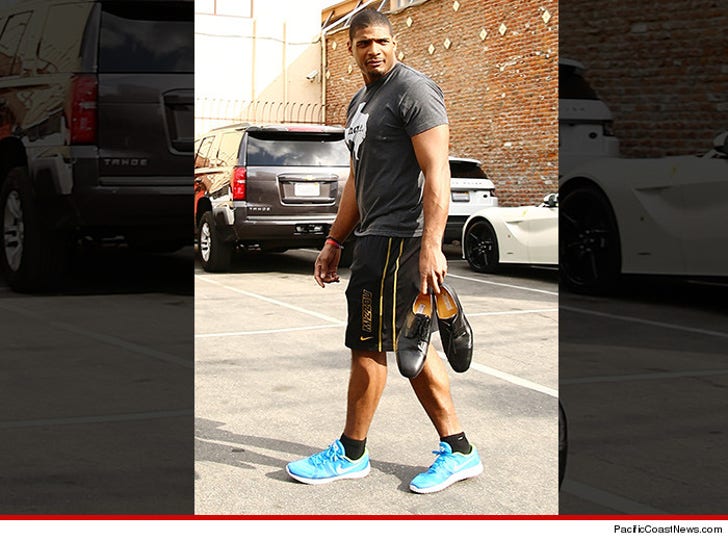 With just a couple of weeks until the NFL's veteran's combine, Michael Sam spent his Friday focusing on his footwork ... for "Dancing with the Stars!"

Sam left the DWTS rehearsal studios clutching a pair of ballroom dancing shoes ... and got into a waiting car with his boyfriend Vito.

"Dancing" premieres on March 16. The NFL veteran's combine is March 22.

Question is ... can Sam have his cake and eat it too?