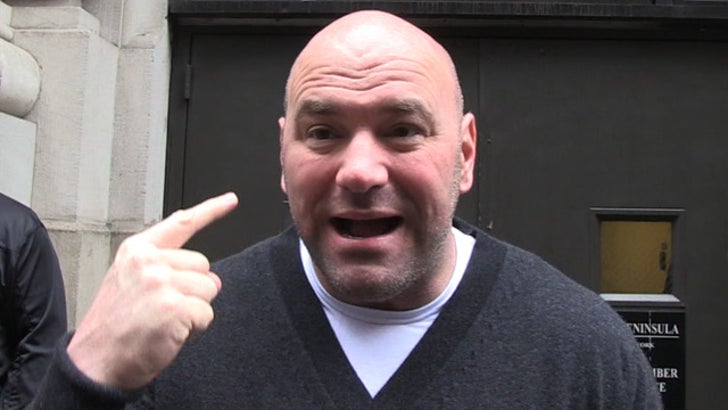 There's no bad blood between Dana White and Brock Lesnar after Brock turned down a UFC contract to sign with the WWE this week ... with Dana telling TMZ Sports he thinks Brock made the right move.

White says Lesnar handled the situation perfectly -- and even called up the UFC to give them a heads-up about his decision before he announced his deal with Vince McMahon.

"I think it's the right decision and I'm happy for him," White says ... "Vince gave him a deal he couldn't refuse at the right time in his life."