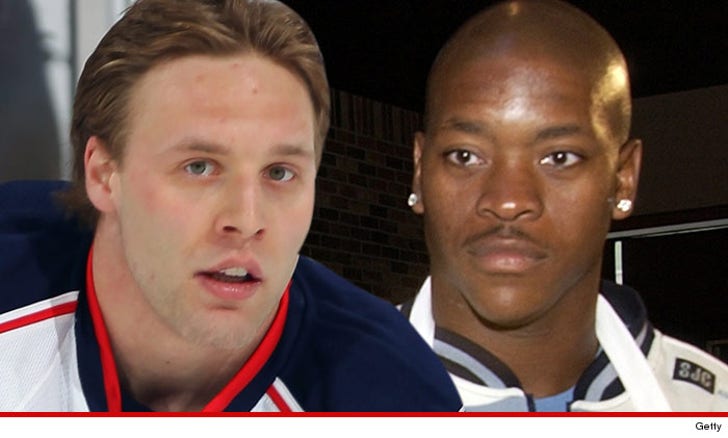 As if NHL star Jack Johnson hasn't had enough drama over the past year -- now, officials say he was a pawn in a Ponzi scheme allegedly run by a former NFL star ... TMZ Sports has learned.

As we previously reported, ex-Miami Dolphins cornerback Will Allen has been accused of stealing millions of dollars from investors who thought they were funding his business of loaning money to pro athletes.

Now, according to docs obtained by TMZ Sports ... officials say one of the athletes he told people he was loaning cash to was Johnson ... who had reportedly gone broke after his parents allegedly spent his fortune.

Johnson's story made national headlines -- since he had made more than $18 million in his NHL career at that point.

According to court docs, Allen and his business partner told investors they were gathering cash to make a $5.65 million loan to Johnson ... who is currently in the middle of a $30 million contract with the Columbus Blue Jackets.

But officials say Allen and his partner lied to his investors -- because the loan to Johnson was only for $3.4 million ... and instead, they used the rest of the money to shower themselves in riches.

Allen and his partner have been charged with fraud.

Meanwhile, 28-year-old Johnson is wrapping up a decent season with the Blue Jackets ... and could sign another big contract somewhere down the line.