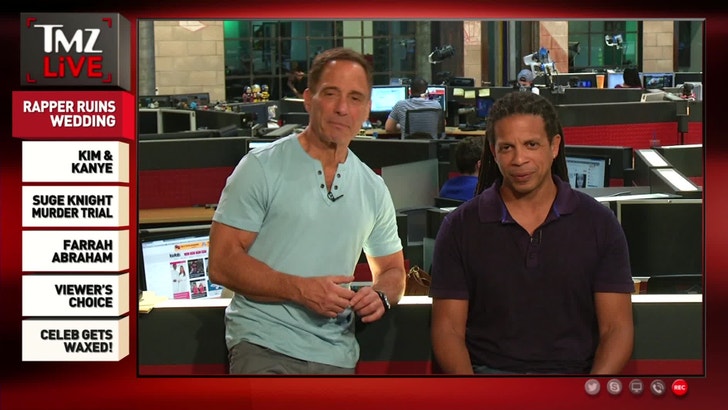 It's bad enough rapper YC fiancee busted him with a Vegas bartender the night before their wedding -- but now instead of apologizing ... he's blaming the whole thing on the drink-slinger.

Yung Chris was on TMZ Live on Monday when he described the encounter with the bartender -- he claims she got flirtier with every drink she brought, and every $100 tip he gave her. Funny how that happens.

But rather than do a mea culpa ... YC admitted he was down to give her more than a tip. As he put it, "It's the night before (my wedding) so whatever happens now they ain't gonna hold it against me."

His fiancee, Tia Anderson, disagreed ... strongly ... and pulled the plug. You gotta hear him explain how the bartender ratted him out -- and why Tia "still has an attitude" about his cheating.