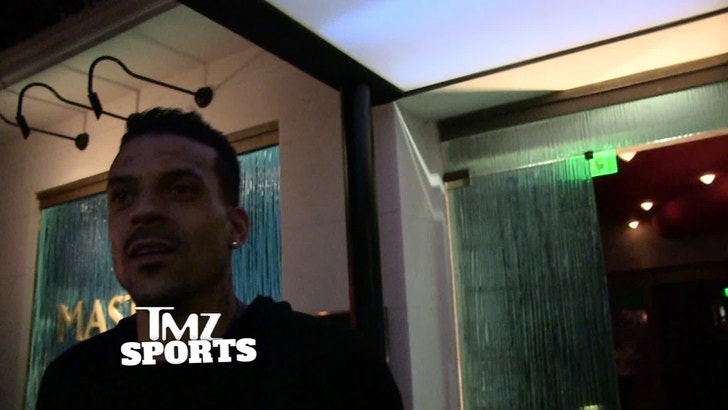 V. Stiviano ain't gettin' no sympathy from the Clippers -- with Matt Barnes saying he's GLAD she got crushed in her war with Shelly Sterling ... "it couldn't have happened to a better person."

TMZ Sports spoke with Barnes last night ... and it's clear the dude is NOT a Stiviano fan, despite the fact she played a key role in freeing the team from the clutches of its previous racist owner.

"I'm glad she has to pay every penny back," Barnes said ... referring to the $2.6 MILLION judgment she's forced to pay Shelly for the cars, cash and condo that Donald had given her in the past.

Shelly had previously said she wasn't going after Stiviano for the money -- but because she wanted "justice" for all of the harm she had caused the Sterling family.

Barnes summed up the situation perfectly -- "A woman scorned is a MUTHA."