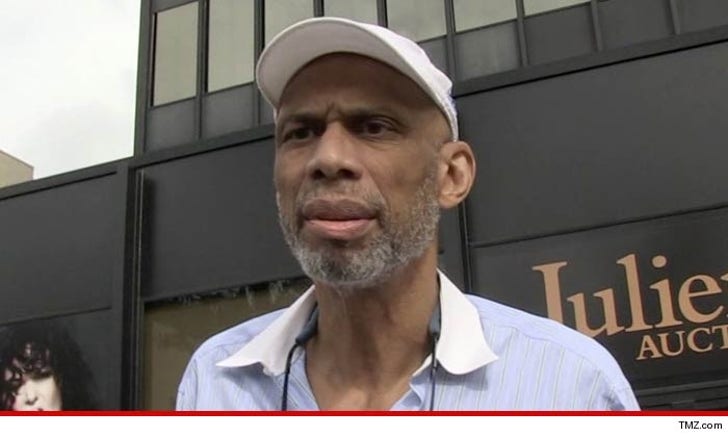 Kareem Abdul-Jabbar was rushed to an L.A. hospital Wednesday morning for chest pains ... just two hours after he tweeted to fans that he was "feeling better" ... TMZ Sports has learned.

We've confirmed ... someone called 911 to request help for the NBA legend ... who had a quadruple coronary bypass surgery on April 16th.

An ambulance transported Abdul-Jabbar to a nearby hospital where he was treated for chest pains. He's currently being treated by doctors though his condition is unclear.

Just two hours before the 911 call, Abdul-Jabbar posted a message on Twitter to assure his fans that he's "doing fine & feeling better everyday."

He added, "Doing my rehab w/the same mental commitment I had as a pro."

We reached out to Kareem's people to find out how he's doing -- but so far, we haven't heard back.