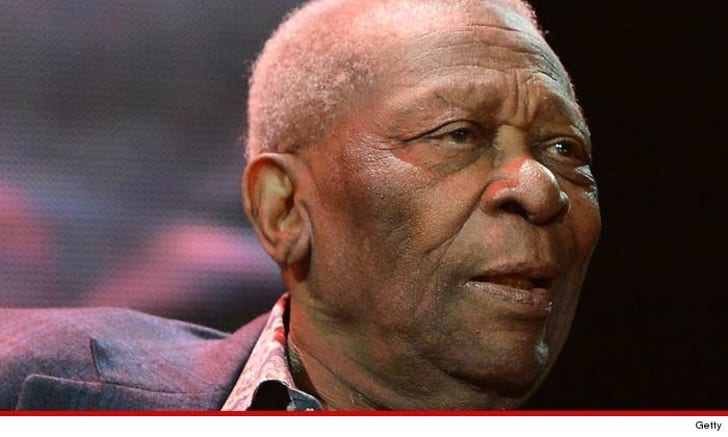 B.B. King's daughter was distraught after a judge just rejected her attempt to take control over her father's affairs ... after she claimed the blues legend was being abused by his manager.

King's longtime manager Laverne Toney marched into court with a stack of letters from doctors assuring hizzoner the singer was getting the best care, in stark contrast to daughter Karen Williams, who came in empty handed.

As TMZ previously reported ... King's other daughter Patty filed a police report for elder abuse and burglary, claiming Toney and her assistant had fleeced King's bank account to the tune of $20-30 million and also withheld medication.

No word on whether Karen will continue her fight.