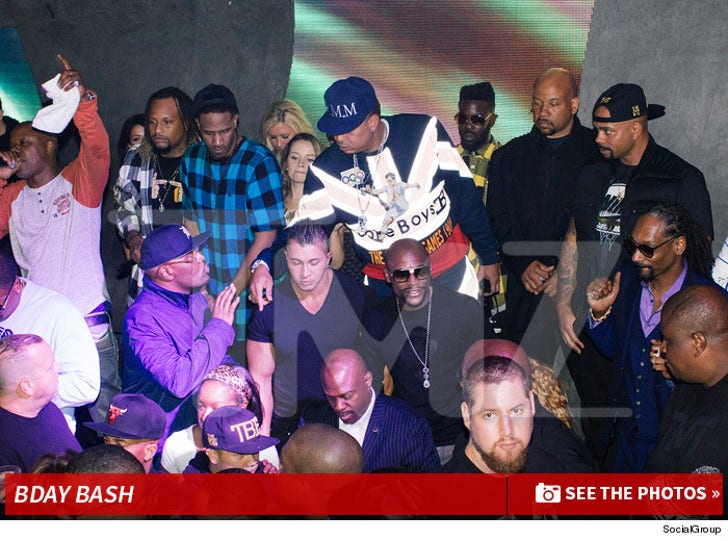 Training camp might be over, but turn up season is just beginning for Floyd Mayweather ... 'cause TMZ Sports has pics of the money man's triumphant return ... to the clubs.

Floyd put his famous party ways on hold while he trained for Manny, but now that that's in the bag, he's back out ... hittin' up Too Short's bday bonanza at club Lure in L.A. on Friday night.

Mayweather wasn't the only big name clubbin' that night -- Snoop was there ... as well as Diddy's sons Justin and Quincy. L.A. party gods Branden King and DJ Dirty Draws kept the crowd moving.

We're told Floyd played it cool the whole night ... not drinking or partying too hard ... maybe because he says he wants to fight again in four short months.

Check out the pics from the event.