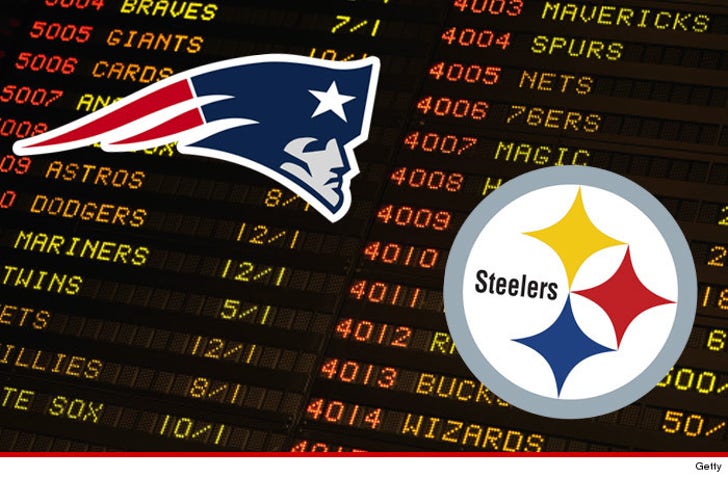 No Brady? No problem ... because the New England Patriots are still FAVORED to beat the Pittsburgh Steelers in Week 1 ... according to multiple major Vegas sports books.

TMZ Sports spoke with honchos at multiple major sports books in Vegas who all told us the same thing -- the Pats were favored by 6.5 before the suspension ... and will be favored by 2-3 points now.

Tony Miller, the director of the race and sports book at the Golden Nugget, says ... "They're still the Patriots ... and they have a couple of months to get Jimmy Garoppolo ready."

Get this ... we're told most sports books took down the game after the Wells Report -- refusing to take bets because of the possibility of a suspension ... which could impact the line.

But now, we're told most, if not all, books will start taking action again as soon as today ... with the new odds.