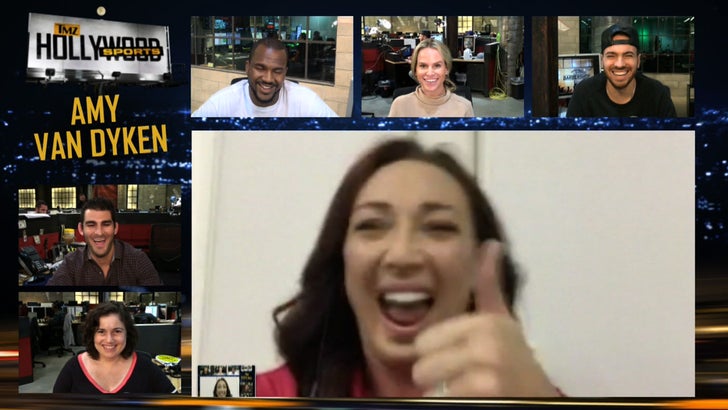 She's one of the most decorated Olympic athletes in United States history .. but Amy Van Dyken says the biggest accomplishment of her life is STANDING again ... after severing her spinal cord last year.

Her story is incredible -- Van Dyken was seriously injured in a brutal ATV wreck back in 2014 ... but she's been fighting like hell to regain full use of her legs -- and this week, made some serious progress.

In fact, Amy appeared on "TMZ Hollywood Sports" on Wednesday and told us that battling back to stand on her own was "absolutely" the biggest accomplishment of her life ... even greater than winning her 6 gold medals.

You gotta watch the video -- Amy says she's laser focused on walking on her own one day ... and given the progress she's made so far, you'd have to be crazy to doubt her. 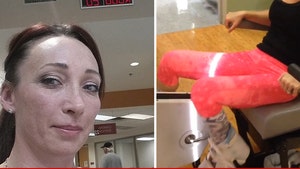 Amy Van Dyken -- Peddling a Stationary Bike ... ON HER OWN! 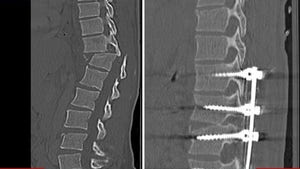 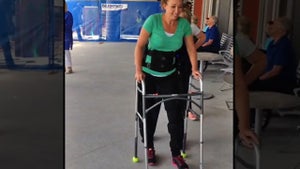