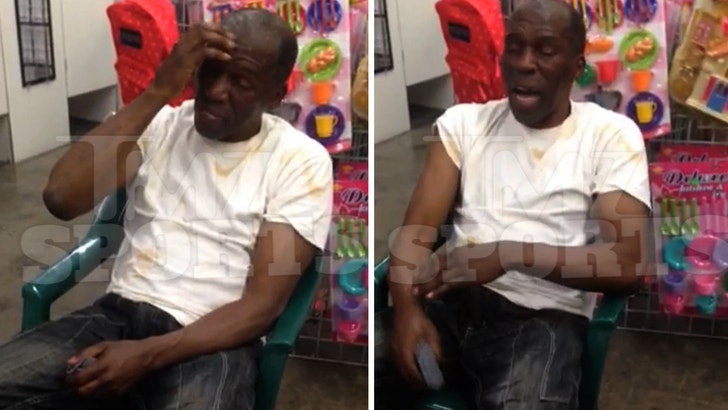 Floyd Mayweather's uncle says he was going to make a woman "feel the real deal" ... after she blasted him with pepper spray in Vegas ... insinuating he was going to beat her up ... and TMZ Sports has the video.

FYI -- Roger Mayweather was a famous champion fighter in his own right who went on to train Floyd for some of his biggest bouts ... and worked in Floyd's camp for the Pacquiao fight.

In the video, which we're told was shot on March 14th in a discount shop in Vegas ... the 54-year-old admits he was blasted with mace ... and vows revenge on the woman who did it.

Sources connected to the incident tell us ... Roger had approached two women and began to hit on them ... saying they had "fat asses."

But we're told the women weren't having it ... and tried to tell him to leave. When Roger pressed on ... one pulled out the pepper spray, fired on him, and ran out of the store.

In the clip, shot moments after the incident, the photog suggests the women were lucky Roger didn't punch them -- to which Roger replies:

"Man, don't worry about that ... I don't even wanna think about what I'm gonna do to her ass when I see her, for real."

He continues, "When I see her again, she gonna feel the real deal."

We're told the people at the store wanted to call the police -- but Roger insisted they leave the cops out of it.

FYI -- Mayweather was convicted of battery in 2011 for attacking a female boxer he used to train at his Las Vegas apartment.

We reached out to Roger -- his camp told us they have "zero comment." 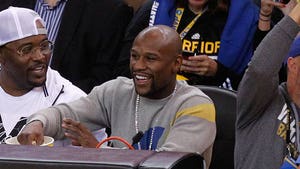