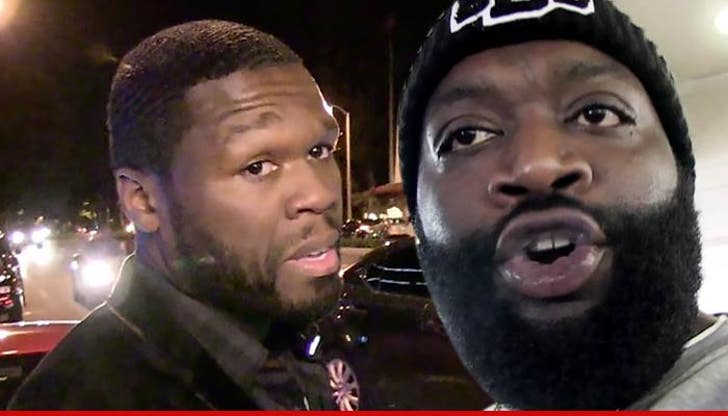 Rick Ross was responsible for blasting the sex tape of his baby mama out to the world ... so claims 50 Cent who is now taking aim at Ross in court.

50 has filed a lawsuit -- obtained by TMZ -- in which he's trying to deflect blame from himself for the video which now has millions of views. Lastonia Leviston has sued 50 claiming she was so distraught after 50 posted the video she contemplated suicide.

But now 50 says Ross is actually the one who created the problem because he or one of his lackeys was first to post it ... 50 just linked to it. 50 points to an interview Ross did with a radio station the day before the video was posted in which he said he was going to put the sex tape online.

50 says in his legal docs if he loses his lawsuit to Leviston, Ross should cover most of the judgment because he's really the guilty party.

Leviston claims in her lawsuit the guy in her sex tape gave the video to 50 -- who was more than eager to blast it out because it would embarrass his rival, Rick Ross.