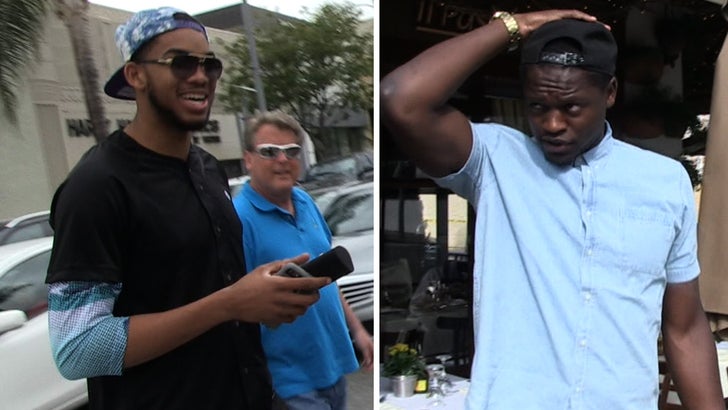 Pay attention Lakers fans ... you could be looking at the future of the Purple and Gold -- 'cause Karl-Anthony Towns is in L.A. and just had a meal with Lakers prodigy Julius Randle.

Here's the backstory ... it's still unclear who will fall to the Lakers at pick #2 of the upcoming NBA Draft -- but most believe it's between Towns and fellow college hoops phenom Jahlil Okafor.

Which is why it was interesting to see Towns in Beverly Hills at Il Pastaio having lunch with Randle on Thursday -- who, like Towns, played his college ball at the University of Kentucky.

Both guys insisted the lunch wasn't a recruiting meal ... but Towns told us he'd love to play with a "legend" like Kobe Bryant.

We also asked how he felt about possibly going to Minnesota. Check out what he said.