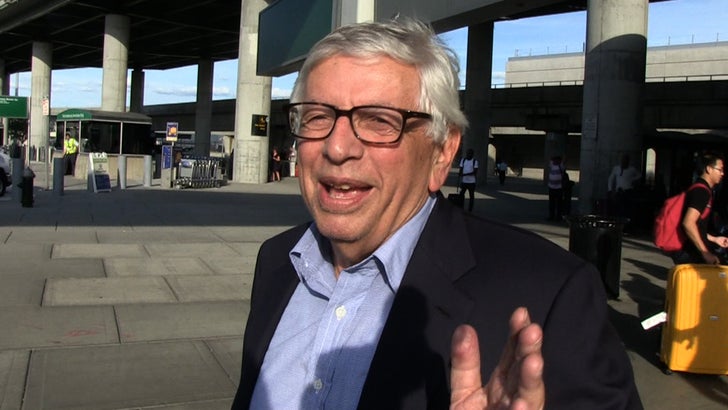 Stern -- who ran the NBA for 30 years before handing over the reigns to Adam Silver back in February '14 -- was in NYC this weekend when he told us he was LOVING retirement.

But when we asked the 72-year-old if he had any financial advice for the upcoming rookies so they wouldn't end up broke, his answer was very interesting ... essentially saying players now are MUCH more educated about their finances than players back in the day.

The funny thing is ... it's due in part to guys like Antoine Walker, who blew more than $110 million ... and is now dedicated to teaching players about how to avoid making the same mistakes he did.

Must've been fun though ...