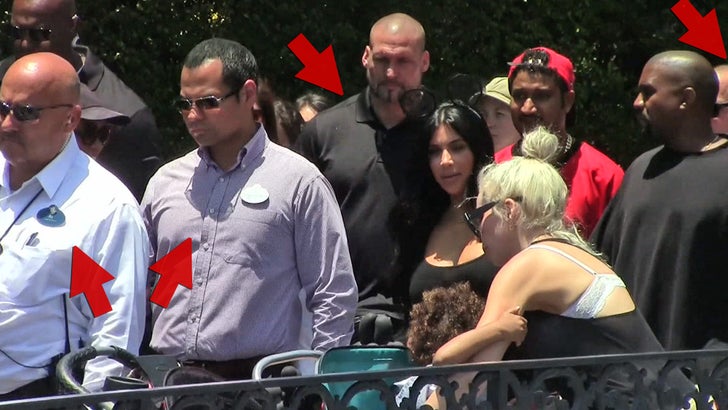 North West's trip to Disneyland for her second birthday would have been amazing ... if only she could have seen through the massive security team following her around.

The majority of the Kardashian klan made the trip to Anaheim to celebrate, including Tyga and his son.

Instead of trying to blend in, Kanye, Kim and company rolled around with what looked like a dozen security personnel escorting them around the park. 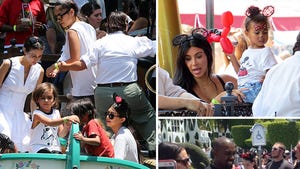 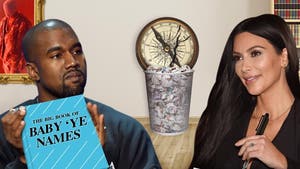 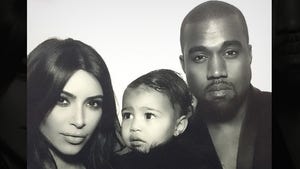