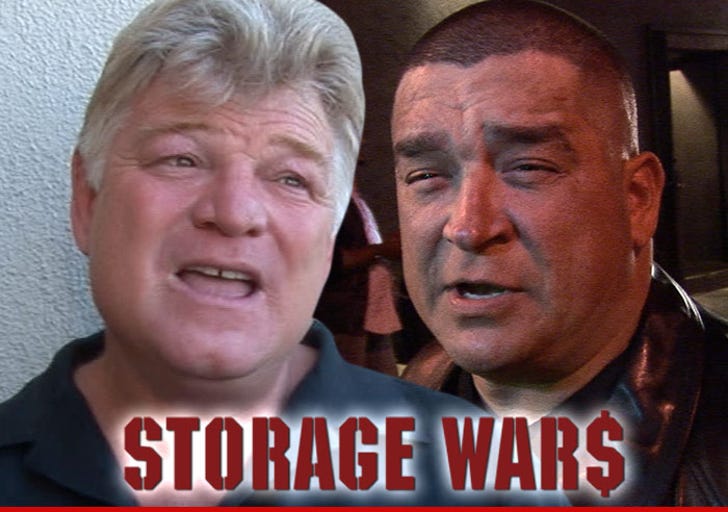 A couple of "Storage Wars" stars just got into a massive fight -- with fists, and even a WIFE getting thrown around ... TMZ has learned.

The brawl broke out Friday afternoon while the cast was shooting in Palm Springs. Dan Dotson was holding an auction when according to witnesses ... he missed a bid placed by Mary.

We're told producers asked Dave Hester to tell Dan about the mistake, but Dan initially ignored him. When Dave approached again ... Dan got heated and screamed, "F**k you, David! I'm going to kill you!"

That's when the melee erupted -- we're told Dave punched Dan in the face ... then Dan raked Dave's eye. Dan's wife, Laura, jumped on Dave's back, and then SHE got tossed through the air! Security guards eventually broke it up, and we're told Dave immediately wanted to get back to the auction.

No dice. Producers booted Dave, who we're told was heading to a hospital. Unclear what he hurt in the fight.

3:00 PM PT -- Producers decided to shut down the shoot after all. We're told Dave's in the ER getting a tetanus shot ... because Laura scratched him. 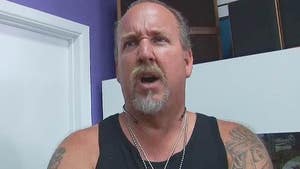 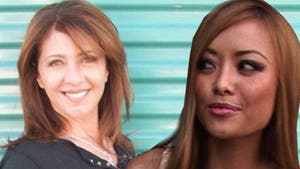