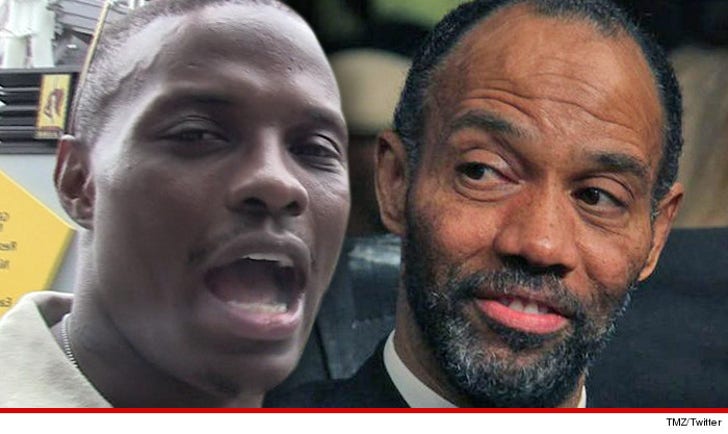 Boxer Peter "Kid Chocolate" Quillin says Bob Arum is spewing LIES about him in Arum's $100 MILLION lawsuit against Al Haymon -- with Quillin saying Haymon is not the monster Arum is making him out to be.

As we previously reported, Arum's Top Rank boxing promotions company is suing Haymon -- claiming Al is "rigging" the sport to monopolize the industry.

In his suit, Arum claims Haymon cajoled Quillin into not taking a HUGE bout in 2014 (which would have been his biggest payday) in a diabolical scheme to freeze out Jay Z's promotions company, which had already won the rights to promote the fight.

But Quillin says that's just not true ... telling TMZ Sports, "I had just had a baby and my uncle was dying of cancer and I wasn't in the right state of mind to fight."

"Al Haymon asked me if I wanted to fight and told me it was up to ME. I made the decision to not fight."

Quillin says Haymon has been nothing short of a mentor and a friend -- adding, "If anything was to happen to Al Haymon, I would retire from the sport of boxing."